The era of ecologically sound reluctance is over for the automotive industry. Instead of electric cars and plug-in hybrids, the industry is now celebrating the high office of performance. What was announced at the start of the year at the Detroit Auto Show continues at the spring show in Geneva in early March: 2015 is all about sports cars and high-performance sedans. Without any fuel saving efforts, these are no longer enough.

This year, at the auto show, a dozen cars compete with the 6.000 PS for the performance crown in their respective segment. Of course, all the newcomers are stronger than their predecessors, but at the same time they are much less thirsty at the same time. Two technology trends play a role here: electrification and downsizing.

One of the stars of the trade fair also stands for the latter approach: the Ferrari 488 GTB. The new Italian coupe breaks a little taboo. For the first time, the dynamic spearhead in the model range no longer has a large-volume naturally aspirated engine, but a relatively small 3,9-liter engine that compensates for the lack of displacement with turbocharging. Despite 492 kW / 670 horsepower, the standard consumption should be only 11,4 liters. The 458 Italia 4,5 Italia with 100 liter displacement required less than two liters more on 3,8 PS. Incidentally, one of the Italian's fiercest competitors comes up with almost the same turbocharged displacement (675 liters) as the new Ferrari: McLaren's “Super Series” models, whose latest derivative 496LT (675 kW / XNUMX PS) also celebrates its premiere in Geneva.

Waiving naturally aspirated engines and displacement for efficiency reasons has long been fashionable in the civilian car segments. And also indispensable for sports cars. Mercedes and BMW, for example, in their AMG and M models now almost exclusively offer turbos with relatively little displacement. And in the lower classes, nothing has worked without charging for years. In Geneva, for example, the new small and compact sports models Opel Corsa OPC, Ford Focus RS, Honda Civic Type R and Seat Leon Cupra ST also drive up with four-cylinder turbochargers. There is also a slight variation, the Audi RS3, which continues to be powered by the classic five-cylinder turbo, which has already disappeared from the brand's other models.

But turbocharging is not necessarily popular with sports car purists: They prefer the linear power delivery and the speed-hungry character of naturally aspirated engines to turbos, which, in direct comparison, send their power to the wheels early, explosively and sometimes at the inopportune moment. Seen in this way, the Ford GT, which is celebrating its European premiere in Geneva, is also a small risk. The revenant of the 60s racing car legend and the first Ford super sports car in years did without the traditional eight-cylinder and instead relied on the V6 turbo, an engine concept that Ford wants to make its volume models increasingly attractive to its American customers. The exciting coupé - and the only mid-engine sports car in the USA - is therefore primarily an image and technology carrier, not a source of revenue.

The alternative to the Turbo is called Hybrid. Electrical support recently provided additional punch and curbed thirst for the super-expensive extreme athletes Porsche 918 and Ferrari La Ferrari and is now celebrating its premiere at Honda in the super sports car segment. For the first time in Japan, the Japanese show the European version of the new NSX, with which they celebrate their return to the top league after years of restraint. The expressively designed Coupé has a combination of V6 gasoline engine and three electric motors with about 550 PS performance. The interaction of the individual components of the high-tech drive was apparently so complex that the market introduction was postponed. The manufacturer is not yet saying what mileage and consumption the technology will make possible.

Despite hybrid and turbo booms, the representatives of pure teaching can still be seen in Geneva. Above all, the new edition of the Audi R8, which again uses an aggressively high-revving V10 vacuum cleaner - without turbo and without electrical support. This is how daughter Lamborghini did it in mid-2014 with the technically related Huracan, and so did the Italians with the Aventador Super Veloce shown in Geneva, the extra light variant of the twelve-cylinder super sports car. And Porsche also resists turbo pressure in the new Cayman GT4. Even in its most powerful version, the small coupé is powered by a free-sucking six-cylinder boxer (283 kW / 385 hp).

Overall, the car industry is a little in the dust with their sports cars. Because despite ever more efficient drives, the bottom line remains high. At least the big manufacturers could spoil the CO2 fleet balance in the future. Smaller manufacturers such as Ferrari and Co. are not subject to the limit value rules, but they too must fight for social acceptance and their self-imposed CO2 goals. However, both groups can not do without sports cars. Although sales in this segment are down worldwide, margins remain just as high as the impact on the rest of the model range. Last but not least, the comeback models from Ford and Honda show how important the racing cars are for the image in Geneva.

Author
SP-X Editorial Team | AutoHub
The SP-X news agency provides you with the latest reports and information on the subject of cars and mobility. The respective authors of the articles are named in the footer of the article.

At the Geneva Motor Show (March 9th to 19th) Bentley will be showing the Bentayga in one of the in-house tuner Mulliner ...
bySP-X Editorial Team | AutoHub

Sporty everyday life for dads Škoda Octavia Combi RS in the driving report Growing up is such a ...
byBjoern 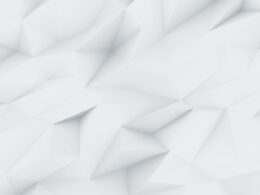 The Internet is wonderful, it democratizes knowledge and information and it is becoming more and more difficult for automobile manufacturers to find the new ...
byBjoern

Analytical cookies are used to understand how visitors interact with the website. These cookies help provide information on metrics the number of visitors, bounce rate, traffic source, etc.