Shell is constantly working on optimizing fuel supply and adapting it to new engine technologies. Now, Shell fuel researchers have significantly improved the formulas for Shell V-Power Diesel and Shell V-Power Racing 100, making them even more powerful. The new fuel is available today at all Shell gas stations in Germany that offer Shell V-Power fuels. And without extra charge.

As far as a quote from the press release - well - of course the point: “And that without surcharge” is a little surprising, because the only thing meant is: V-Power remains more expensive than the normal types of fuel - but the research work is currently being improved again Products that we will not open again. * uff *

"Shell was the first oil company to introduce differentiated fuels in Germany before 10. Our objective at that time is still driving us today: we want to offer quality-conscious customers more engine power and driving pleasure, "said the head of the petrol station business in Germany, Austria and Switzerland, Jörg Wienke.

While the Shell Diesel FuelSave and Shell Super FuelSave 95 and Shell Super FuelSave E10 fuels reduce fuel consumption through its fuel economy formula, Shell V-Power fuels have been developed to harness the power of an engine.
"The secret of the new products is their performance formula with immediate effect in the engine," says Dr. Wolfgang Warnecke, Managing Director of the Hamburg Fuel Research Laboratory and Chief Scientist for Mobility at the Royal Dutch Shell Group.

Shell V-Power Racing 100
Compared to the previous Shell V-Power Racing 100, the new fuel formulation 25 contains more FMT (Friction Modification Technology). This special friction reducer, which has been used in the 2005 formula since 1, makes it easier for the piston to slide on the cylinder wall. The result is that more energy of the fuel can be passed on to the vehicle drive. The 100 octane of the fuel support an optimized ignition timing. Many modern engines with a knock sensor can "recognize" and benefit from the extra octane offer. From the cleansing effect of the additives benefit naturally aspirated as well as state-of-the-art gasoline engines with direct injection. The removal of deposits in the heart of the engine ensures more efficient combustion of the fuel. Shell V-Power Racing 100 is suitable for all petrol-powered cars.

The new Shell V-Power fuels are the result of our continuous fuel research. With the V-Power Racing 100, we also benefit from the insights gained from racing through our long-term cooperation with the Scuderia Ferrari. At the same time, with our advanced fuel technologies, we are meeting the ever-growing demands of the latest engine generations.
Wienke: "As a result, all mentioned product improvements have only one goal: noticeably more power and performance for the driving experience of our customers. Or even shorter: performance redefined. "

So much for the rest of the press release from Shell Germany. Is it all true? Well, this can probably be discussed warmly and you quickly come to a point where sentences like “I don't think so” or similar are used. In principle, in my opinion, only a large-scale and long-term test could prove the opposite - or underline the claims made.

I could imagine - testing all test cars in the future with two types of fuel .. let's see what Shell says ...

News about the Apollo Arrow - Italo-Connection

The sports car brand Apollo Automobil has been reorganized from the bankruptcy estate of Gumpert Sportmanufaktur with Chinese money. In the…
bySP-X Editorial Team | AutoHub 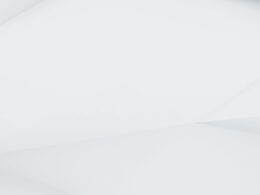 5 things we miss in cars: You miss it

Touchscreen, Apple Carplay or breakdown kit: what actually sounds like progress, at the same time brings us some unfortunate bereavement in the ...
byMario Hommen

The Scala g-Tec - a commuter's favorite

In times of comparatively low fuel prices, alternatives to super and diesel quickly take a back seat. But the…
byElfriede Munch