Rent4Ring Racing had already made a name for itself in the VLN endurance championship last year.

In their debut year, the new team around Fredy Lienhard and Ralph Beck immediately won the V5 class championship in their Mazda MX-3. In 2014, the native Swiss will be lining up three racing cars with a professional team and several cars in at least three different classes.

When the teams of the VLN championship at the Nürburgring gather for the annual pre-season adjustment run at the Nürburgring next weekend, Rent4Ring Racing will also return to their place of success. With the winning car from 2013, the Mazda MX-5, as well as the successful BMW 125i, Rent4Ring Racing rely on high quality and will contest the VLN season in classes V3 and VT2. Anthony Toll, who was able to gain experience in the 5i last year, is on the Mazda MX-125 for the whole season. At his side is Dale Lomas, a well-known constant when it comes to racing experience and success. In the new season, Fredy and Ralph will drive a brand new, 300-hp BMW racing car: the BMW 428i F32 with a 2.0L 16V turbo engine.

"Ralph and I have been BMW fans for many years, so it made sense to buy a BMW as our new racing car," says Fredy Lienhard, who is with us
Ralph Beck will drive the BMW 428i in the VLN Specials SP3T class. “The new BMW 4 Series is a brand new car and I personally find it very attractive. I am convinced that the car has good genes and provides an excellent basis. The center of gravity is very low and the aerodynamics are ideal for fast routes. The SP3T class is highly competitive, with up to 20 cars at the start, including many former works cars. It will not only be exciting, but also very instructive for us. Our goal is to be in the "Top Five". "

In addition to the 10 VLN championship races, Rent4Ring Racing will also take part in the legendary 24-hour race at the Nürburgring for the first time, as well as the ADAC six-hour classic at the end of August.

"We have set ourselves some big goals and challenges for the new year, but above all we want to set standards, be fast, have fun and learn a lot," said Ralph Beck. “It is my wish to record continuous increases and to continuously improve our services and results. We have a great team together and many committed people who will contribute to our success. "

The VLN season officially starts on March 29, 2014 with the first championship run.

Seat: facelift for Ibiza and Arona

Seat has taken on its smaller models Ibiza and Arona. Visually, only details have changed. Also the…
byMario Hommen

Sometimes you have to be content with the little things. Also be happy with the basic engine. Times…
byBjoern 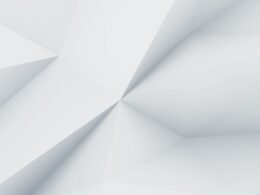 The stricter requirements for the safety equipment of trucks apparently have an effect: In recent years, the ...
byHolger Holzer